What is a Lightning Rod?

A lightning rod is a device which is used to divert electricity from lightning into the ground, where it can dissipate harmlessly, rather than damaging structures and trees or injuring animals which happen to be walking around above the ground. You may also hear a lightning rod called a......

A lightning rod is a device which is used to divert electricity from lightning into the ground, where it can dissipate harmlessly, rather than damaging structures and trees or injuring animals which happen to be walking around above the ground. You may also hear a lightning rod called a lightning conductor or a Franklin rod, after the famous inventor Benjamin Franklin. Lightning rods are widely used all over the world in lightning protection systems, and they appear to be highly effective, since lightning-related fires and structural damage have been greatly reduced.

Classically, a lightning rod is made from metal, ideally a very conductive metal such as copper. When lightning strikes, it is drawn to the rod, and it follows a grounding cable into the ground. Lightning rods are supposed to attract lightning, drawing it away from vulnerable structures, and they are also mounted on the roofs of some buildings so that if lightning does strike, it will be pulled to the lighting rod rather than the conductive materials in the structure. 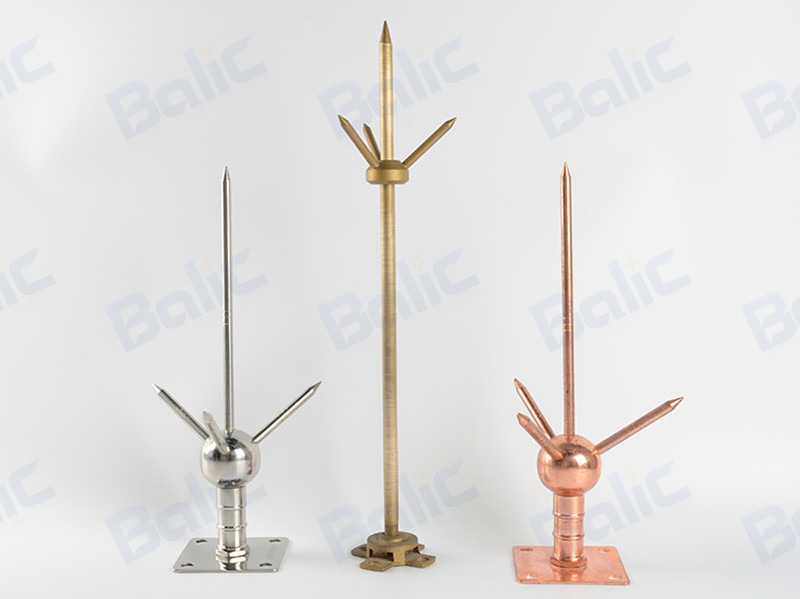 Structures in areas with lots of lightning are often fitted with lightning rods. Many structures also have lightning arrestors, grounded cables near their utility boxes which are designed to divert excess current into the ground, rather than allowing it to blow through the phone and electrical lines, potentially causing a power outage or fire. Some people also use surge protectors at their power outlets which automatically turn off if the current spikes, ensuring that if a lightning arrestor fails, their electronic equipment will not be damaged.

Credit for the invention of the lightning rod is generally given to Benjamin Franklin. Franklin did a number of experiments with lightning, including the famous kite and key experiment, and he was very interested in exploring lightning and electricity. Realizing that lightning was a major threat in some communities, he came up with the bright idea of the Franklin rod, and it quickly grew to be a big hit. Hundreds of years later, people still use his basic design, and lightning rods are even required by building codes in some regions.

There is some debate about the end of a lightning rod. The original Franklin rod was designed like a giant needle, coming to a point at the top. Many Americans prefer this design, believing that the point is highly effective. Some British designers, however, think that lightning rods should be topped with balls, and other designers have come up with variations in which the rod is topped with an array or rack of metal, theoretically increasing the ability to attract lightning. All of these systems seem to work, with design being a matter of personal preference and regional tradition.

As lightning rod manufacturer in China, Balic provides common sizes of lightning rods, we also can do according to your requests. Please contact us to get to know more information about our products and service.

Prev : What is a stainless steel ground rod?